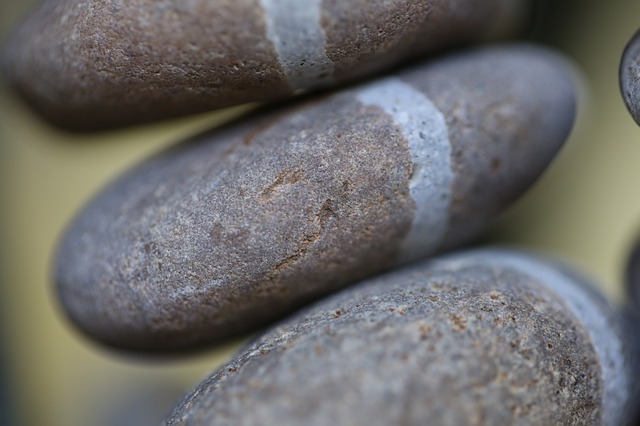 Reiki symbols are used in Usui Reiki, a healing practice developed by Japanese Mikao Usui nearly 100 years ago. This healing practice can be loosely translated as spiritual life force energy. The healers practice attunement by placing their hands over the body of the patient along the lines of the Reiki symbols. The gestures manipulate the energy flow known as Ki to promote healing. Sometimes, Reiki crystals are also included to amplify the healing, read more about it here.

The patient may be treated through a 60 to 90 minutes session while seated or lying down. This form of healing is different from massage therapy, meaning the individual can be treated while fully dressed. Body contact is rarely needed in this practice

The practitioner may begin the healing process from the feet toward the upper parts of the body as they manipulate the Ki. The symbols do not hold any specific power but were coined to act as a training tool for students. Below, you can find the Reiki symbols that are considered to be most sacred. They may be labeled by their Japanese names or intention to represent purpose.

This is known as the Cho Ku rei symbol, pronounced as “choh-koo-ray”. This symbol is used to decrease or increase power depending on the direction in which it is drawn. Some masters and practitioners draw it clockwise while others in the anti-clockwise form. The intention here is to illuminate light, to represent Reiki’s ability to create light in the spiritual realm. It appears in the form of a coil and is believed to regulate qi by expanding and contracting as the flow of energy moves from one part of the body to the other.

This symbol is commonly used at the start of a Reiki session to boost power when it may be needed most. You can use this symbol to heal anything from light aches to the more severe injuries. It can also be used when you want to get rid of negative energy. Do so by drawing it on the walls of your room or where you want to begin with positive energy.

This is known as the Sei Hei Ki symbol; pronounced as “say-hay-kee”. It is used as a purification symbol for mental and emotional healing. Sei Hei Ki is drawn with 9 strokes to bring emotional balance, harmony, and peace. It brings together the body and the mind. This symbol is used to improve memory, heal mental and emotional problems such as depression and anger, help find lost jobs, heal headaches caused by mental or emotional stress, and heal addictions such as alcohol and smoking. You can use this symbol to release attachments and facilitate forgiveness.

If you are looking to improve your memory, this is the symbol to use. If you are studying, for example, you could try drawing this symbol on the page you are reading to keep that information in mind for many years to come. Also, if you are struggling with a bad addiction, this symbol could come in handy. Addictions stem from negative energy.

This is known as the Hon Sha Ze Sho Nen symbol, pronounced as “Hohn-shah-zeh-show-nehn”. It is used when sending ki to over long distances. It is used to bring people across space together. Also known as the connection symbol, it goes beyond time to connect all things across the universe. The distance symbol is used for distant healing. If you have something happening in the future such as surgery or an interview, you can send it to yourself. It can also be sent to your past to heal past relationships, struggles, or traumas.

While this is considered one of the most powerful symbols, it must be used correctly for you to see results. Reiki experts say that it is best used on the subtle body, not the physical one. They also encourage that you use it daily to attract future and past healing.

This is known as Dai Ko Myo, pronounced as “dye-ko-me-o”. The intention of this symbol is enlightenment. Because it has the highest vibrations, it is considered the most transformative at the spiritual level. Using it can enhance the healing of the soul because the energy is sent to the subtlest layers of the aura and the upper chakras. It is the most powerful symbol and can only be used by the masters. Once the spiritual soul is healed, the physical and the mental states automatically gets healing too.

You can visualize or draw this symbol as a way of receiving it. Meditating it can also empower your soul. If you aim to strengthen your relationship with yourself or gain more self-awareness, this is an important symbol. It can be more effective when used alongside other symbols. Use it to also improve your immune system and boost the flow of energy throughout your body.

Referred to as Raku Symbo and pronounced as “ray-koo”, it can be used to align the 7 chakras. It is also known as the fire serpent and is used for grounding and kudhalini energy healing. This symbol is used during the final stage of the attunement process. Practitioners use it while coming to a close with their Reiki treatment. It settles the body and seals the awakening Ki within. The striking lightning bolt that is drawn in a downward gesture by hand symbolizes the close of the healing process.

Raku is used to absorb all the benefits of Reiki practice. If you are looking for a grounding moment, draw this symbol to feel its grounding effects.

These symbols play a key role during a Reiki session. Not only do they help to focus and channel the energy, but to also trigger the feelings of tranquility, peace, courage, and love. Because each accesses a certain vibrational form, it is important that you use the correct one for the task at hand. Using the correct energy vibrational form is a unique way of creating a link with the higher conscious. While to become a Reiki master calls for one to live in a way that promotes harmony, spiritual development, and intellectual capacity are not requirements. The good news is; you also do not have to believe in the power of Reiki for it to work.

The 5 Reiki symbols were introduced to cultivate harmony in practitioners. They were developed as teaching tools to help open doors to a higher mind.  At first, they may seem intimidating but are easy to grasp. These symbols are based on the Japanese Kanji writing system and should be visualized or drawn as taught. Visualizing them enables the user to connect quickly to the universal life force.